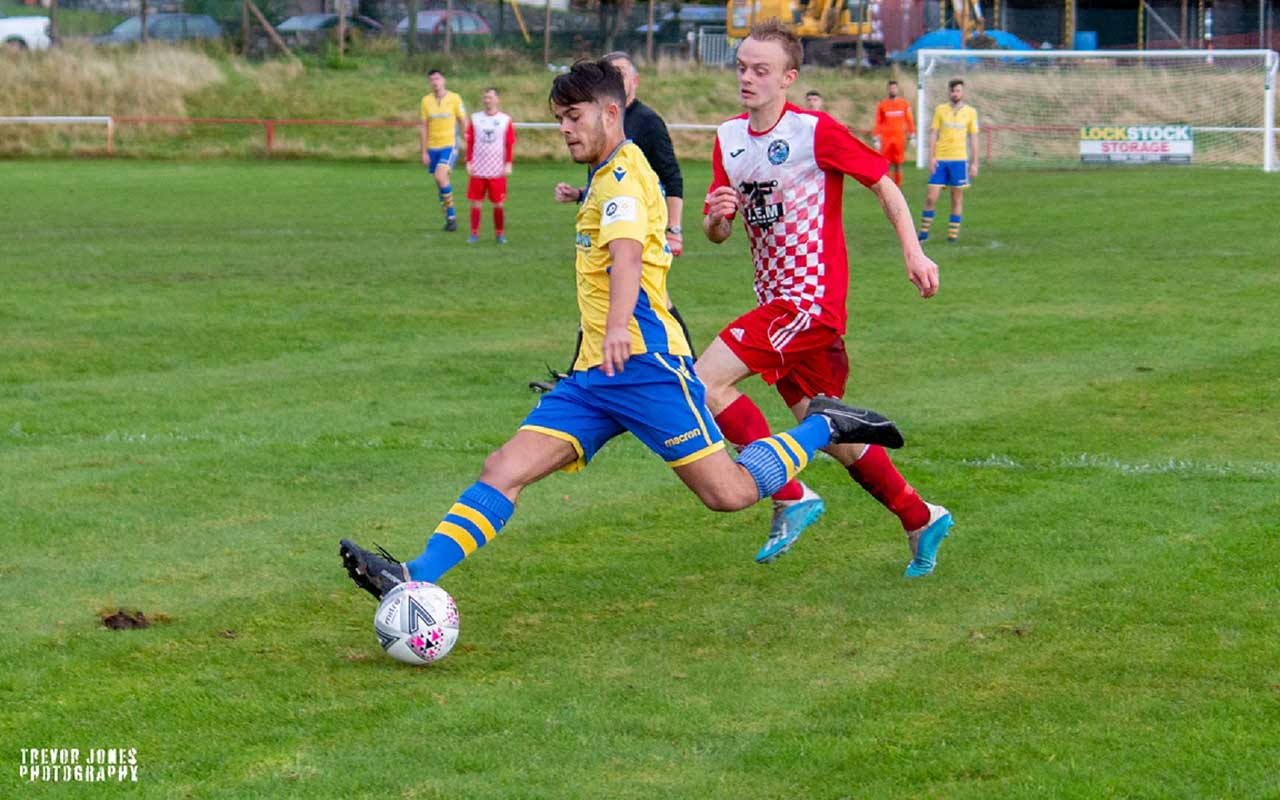 A goal and an assist from Aron Williams and an early strike from Jake Roberts saw Buckley Town through to the second round of the JD Welsh Cup.

Considering the weather conditions it was amazing that Blaenau Ffestiniog were able to put this game on.

Jake Roberts opened the scoring from a deft pass by Aron Williams after 8 minutes. Buckley then hit the woodwork three times.

To Blaenau’s credit, they opened Buckley’s defence twice but failed to convert.

The second half saw Buckley struggle to dominate the game. On 69 minutes Buckley carved out their first real chance and Aron Williams made it two.