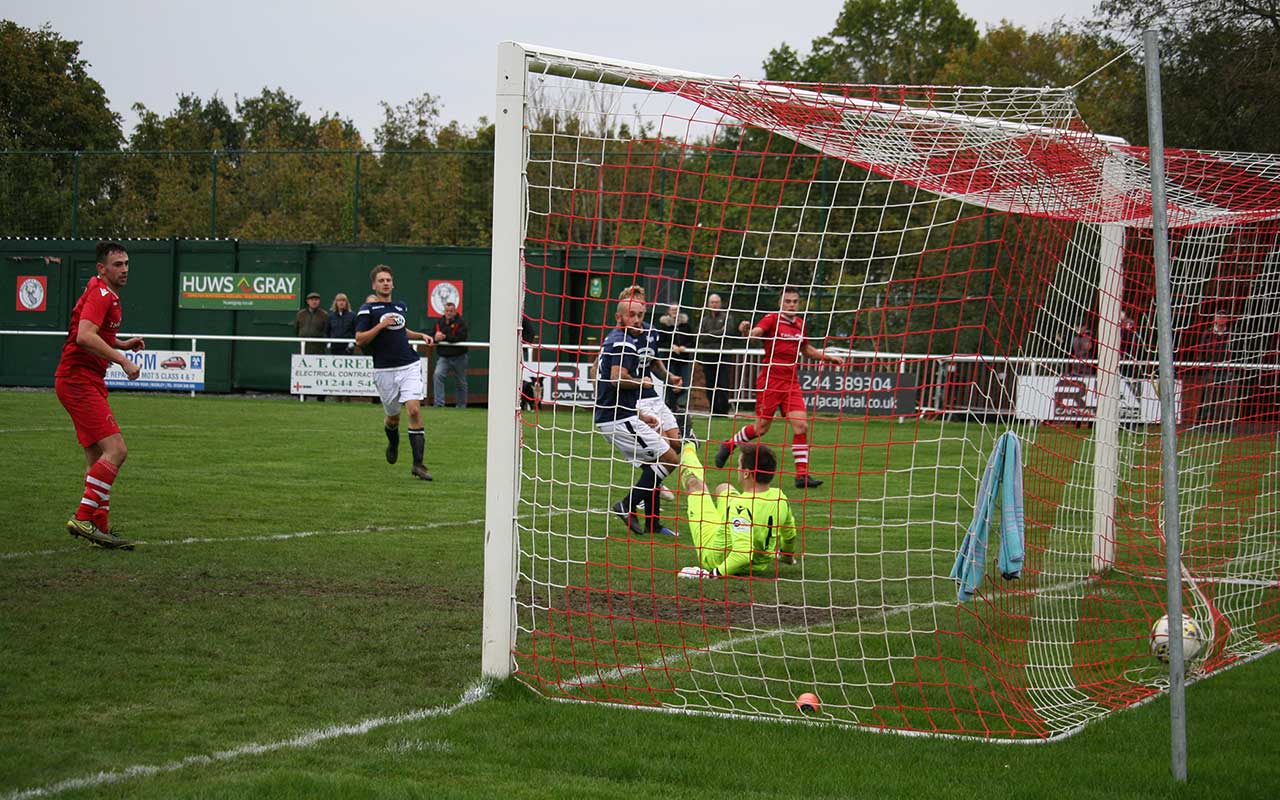 The first half was pretty much one-way traffic as Buckley Town looked to open Llanfair up and to score the first goal in the game. That first goal proved elusive and it began to feel like one of those days that you would rue those missed chances. That feeling grew stronger when at the start of the second half an Andrew Hughes shot for Llanfair looped up over Joey Mararuk in the Buckley goal to make it 0-1.

The pattern of the game did not change but the formation and personnel did as Buckley Town went chasing what would now be an equaliser. Eventually, the pressure told on 72 minutes with a goal from top goal scorer and central defender Callum Humphries.

Buckley now had the bit between their teeth and with three points the goal went in search of a winner. On 78 minutes it came when Dylan Roberts picked up the ball on halfway line in the left-back position and set off on one of his at pace runs. He soon found himself in the box and unleashed a rocket that flew past the goalkeeper with no chance of him saving it.

A session of keeping the ball in the corner followed to see the game out and Buckley had the points they needed. Unfortunately, it has not led to a climb of the table because of the results around us. Hopefully, that will happen next week on the road in what will be a tough trip to Penrhyncoch.