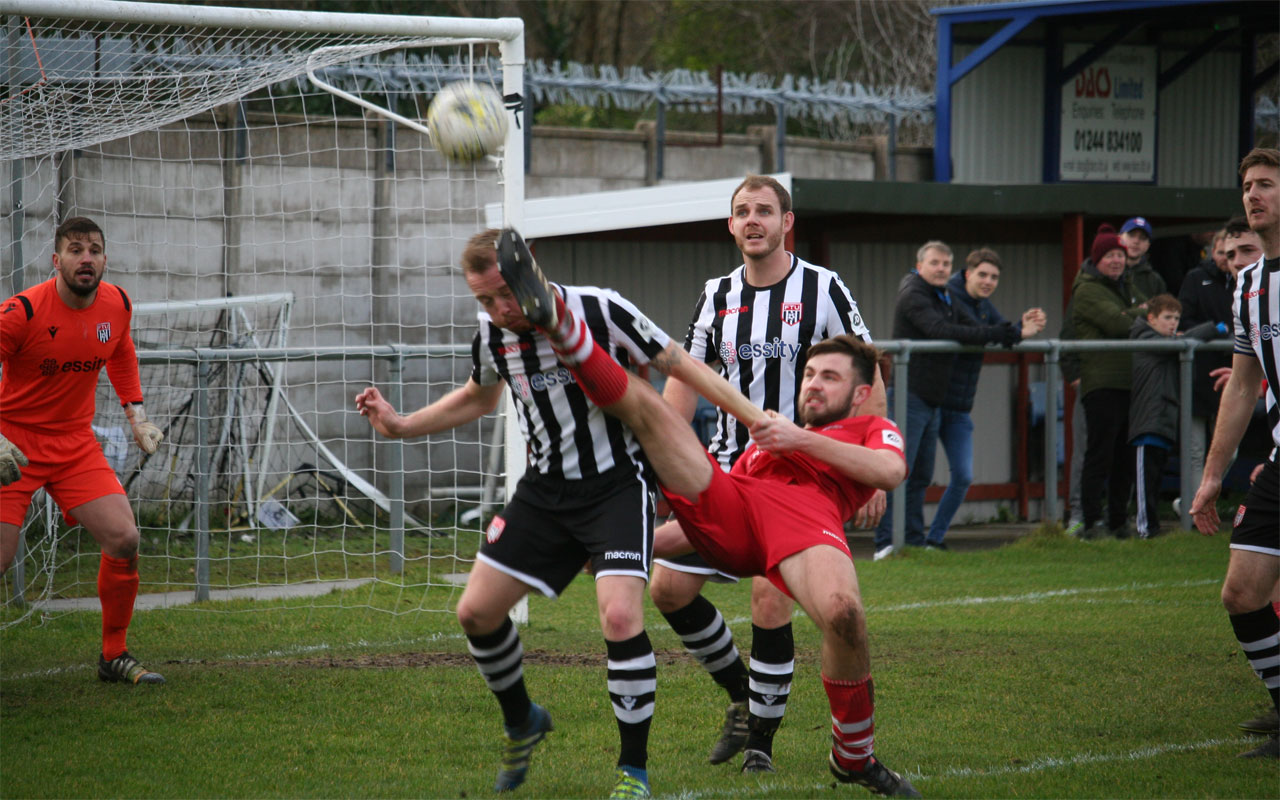 Buckley Town’s stop-start season ended the year with a loss at second-placed Flint Town United with a lethargic performance in which they never really looked like putting together more than two passes at a time on a bumpy and very slippery surface. Lack of game time showed and Flint Town were much sharper in what was, in the end, a comfortable victory for them.

Buckley looked much brighter on the hour mark when manager Dan Moore introduced all three substitutes at the same time and were better able to take the game to Flint but the match was pretty much already over as a contest by this time, being 3-0 down following goals from Mark Cadwallader (2) and Richie Foulkes. During that period Dylan Roberts rasping drive was the only really notable effort of the game that troubled Flint’s keeper John Danby.

Buckley Town now go into a New Year’s Day fixture at home to Llangefni Town in what is looking like being a six-pointer, having slipped into the relegation zone and will need a much better all-round performance if they are to gain anything from the game and climb away from those beneath them.