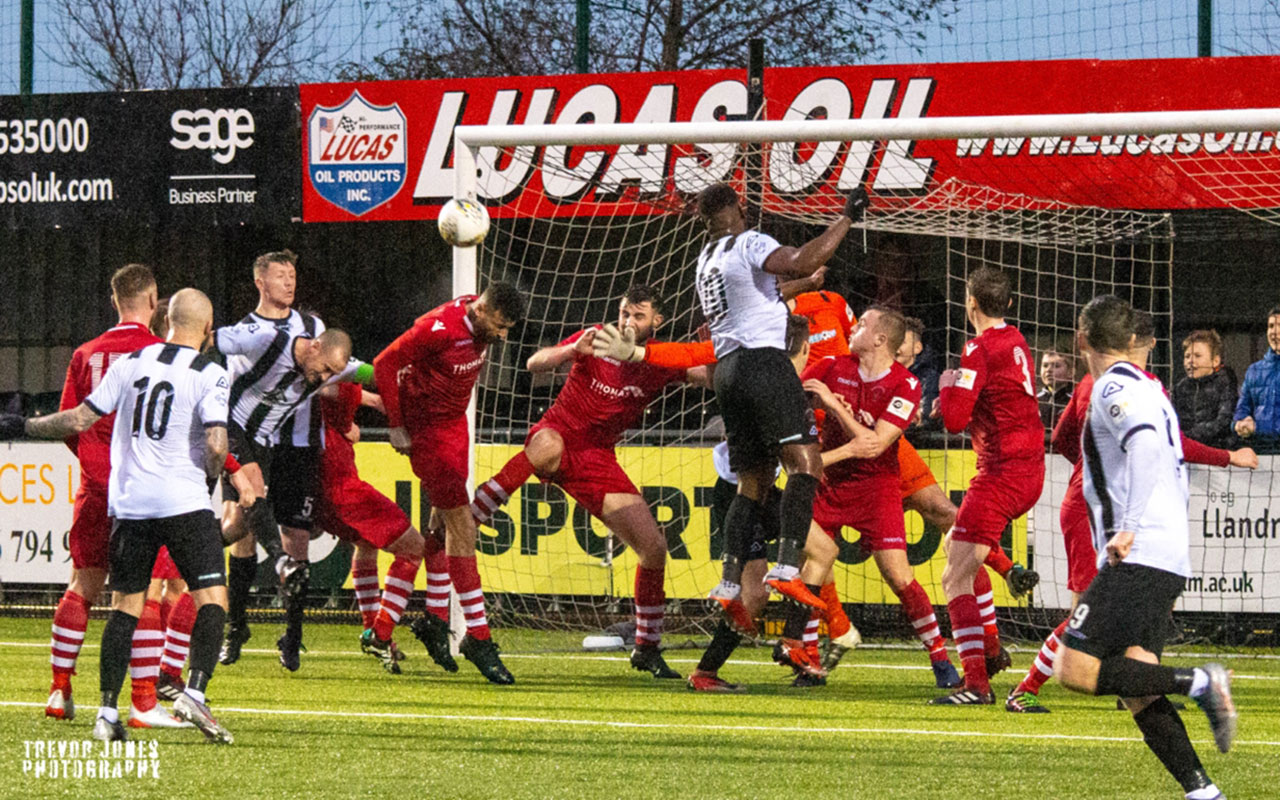 In near farcical weather conditions with a Force 10 Gale and driving rain blowing across the pitch, the players of both sides did the best they could to make a game of it. In reality, they were more likely to hit a Coach in the Carpark outside the ground than they were to hit the back of the net and when you see Seagulls flying backward you know that the football played on the pitch is going to be all about mastering the conditions and making as few mistakes as possible to limit any damage. Credit has to go to both sides for actually making a contest of it in just about as difficult and adverse conditions you could ever imagine a football game being played.

Buckley had the wind at their backs in the first half, Llandudno in the second. Buckley made the most of it in that earlier period and pretty much kept Llandudno pinned in their own half. Getting the ball over the halfway line took a monumental effort and so it was Buckley that looked the most likely to score but it took till just before half time for them to break the deadlock. Josh Jones was the man for the task. Having had a previous effort blocked, he had got the measure of the wind and when a second opportunity presented itself, he hit a powerful shot low and hard which Shaun Pearson in the Llandudno goal simply could not get strong enough hands on to so as to parry the ball away from goal. Agonisingly, it slipped through his grasp and rolled into the back of the net with the remaining momentum of the shot.

The second half was the reverse of the first and it was Buckley’s turn to be penned in. Joe Makaruk was regularly called upon to make saves throughout the half but Buckley defended as a unit and made life difficult for their opponents, simply refusing to be broken down with a resolute display that absorbed whatever the elements and Llandudno could throw at them. It was a spirited display in atrocious conditions that was met with a great cheer at the final whistle from both the players and the traveling support.