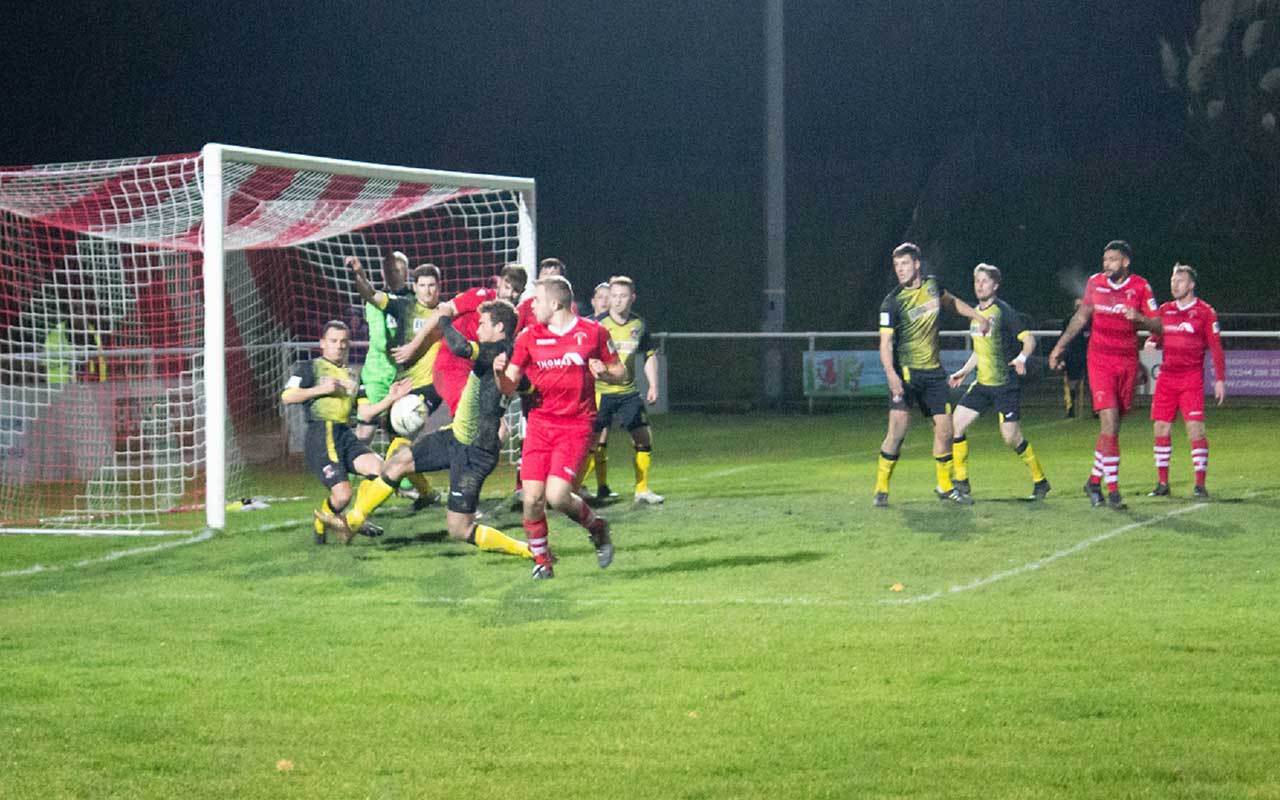 This game should have been all over in the first 18 minutes as Buckley had four clear cut chances to score but all were denied by former Buckley keeper Ben Jones. The saying goes that if you don’t take your chances you will be punished and from the fourth of these saves Gresford broke out on the counter to make it one-nil.

They then switched off at the restart and before they knew it Buckley were level as Aron Williams outran the Gresford defence and finished neatly past the advancing Jones.

In the second half, neither side could break the deadlock. Gresford came closest with a Kieran Evans free-kick that slammed against the Buckley bar but neither side could find that decisive moment to take all three points and the game finished 1-1.