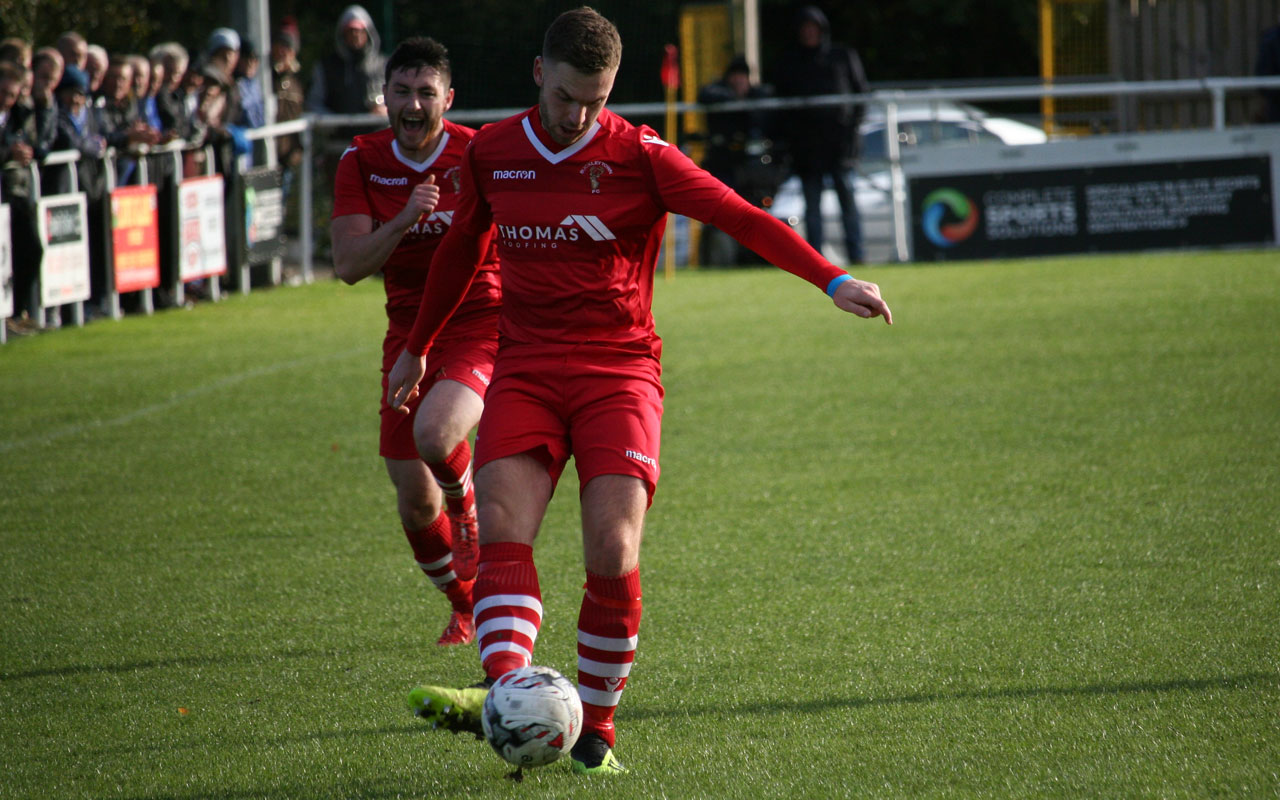 Kev Williams asks the questions in another Q&A with our leading goal scorer Jake Roberts as he reflects on the season just gone and the one we are about to go into.

Q1: Jake you’ve finished top scorer again this year at the Bucks how does that feel?

It’s a great achievement to be in that position again after having such a slow start to the season.

Q2: Have you noticed the step up from last season as we’ve competed in the Huws Gray Alliance?

Yes, the standard was higher but there was no way we as our team was out of our depth and that reflects in our final league position.

Q3: Who do you like to play alongside at the club?

We work well as a team and enjoy playing with everyone but for that link up play in the final third I have a good relationship with Aron and Kei.

Q4: Next season, it gets harder and harder. How will the Bucks do?

It will be a tough season again with more big clubs joining the league but we are more than capable of challenging against anyone.

Q5: What advice would you give to the youngsters playing the game?

Well I’m still a youngster myself but working hard and being committed is crucial but most importantly enjoy the game.

Q6: Who were your footballing idols growing up?

I’d have to say either David Beckham or Cristiano Ronaldo as they’ve both come up the ranks, worked hard and become extremely successful.

Q7: Putting it simply who is the best in the world today? Would you still give that accolade to Lionel Messi?

That’s a difficult one between Messi and Ronaldo as they’re both exceptional in their own right and offer different qualities.

Q8: Finally, a message to the fans…

Thanks for your continued support home and away. It makes such a difference knowing we’ve got such a great following and long may it continue.