The 2002-03 season was a very important year for Buckley Town as it saw the momentum of the previous season start to bear fruit. In 2001-02 they had finished 5th in the league but it saw the start of a development in the side as new players were added to strengthen the squad and the side became one to be reckoned with in the league and able to beat anyone on their day. The season did see the club’s record score being attained 17-1 against Cemaes Bay with Dave Taylor scoring five and Julian Pepper scoring four. A third-place finish in the league was nearly topped by a Cymru Alliance League Cup runners-up spot to Porthmadog on an appalling day in the rain at Llangefni (if it had been a league game it would have been called off), a game that could of and should have been won was lost to the softest of own goals so late on that we could not recover. A win in the final of the NEWFA Challenge cup against Airbus UK went some way to soften the blow but the seeds had been sown for the coming years as the club was about to go into the most successful period in its history.

All photos courtesy of Nic Johnston ©. No reproduction without written consent. 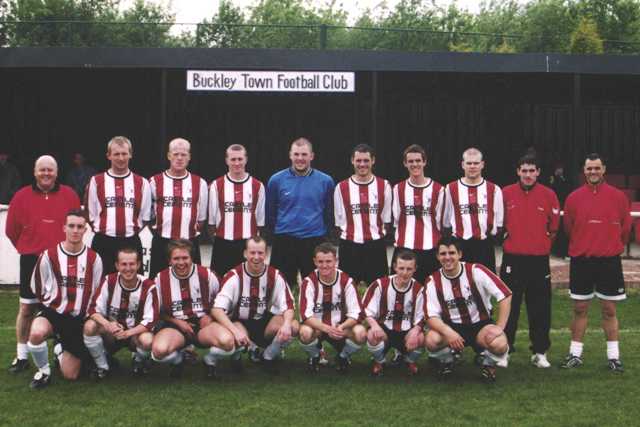 The 2002-03 season was a very important year for Buckley Town as it saw the momentum of the previous season start to bear fruit. 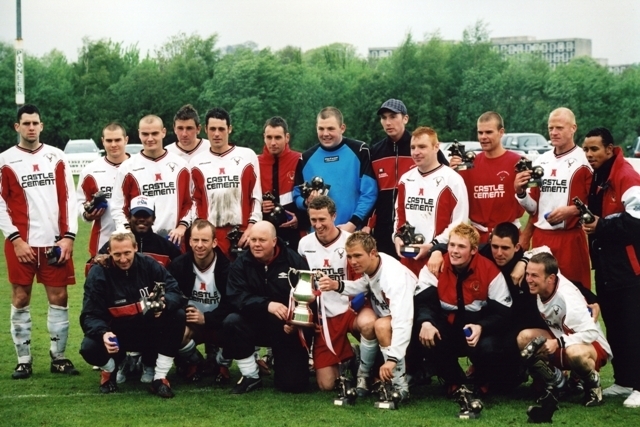