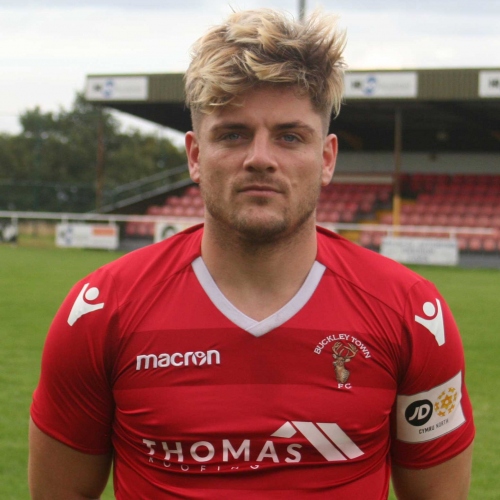 Adam Eden is a strong powerful winger who is in his second spell at the club. Adam re-joined us midway through the 2017-18 season and scored some vital goals whilst securing promotion from the Welsh National Premier. Adam’s experience at Welsh Premier and Huws Gray Alliance level means he is an important player for us and he is a firm favourite amongst the fans of the club.