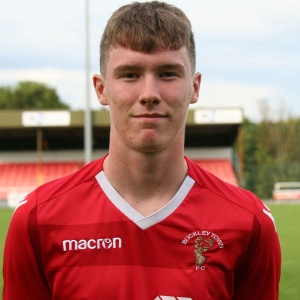 Matthew Mullarkey is in his second year with the club and second season in senior football. A right-footed attacking midfielder who has joined us after his final season in youth football at Flint Town JFC. He is tall, fast and can cause opponents problems in the final third. Having made a first-team appearance last season we expect him to push on over the next year.