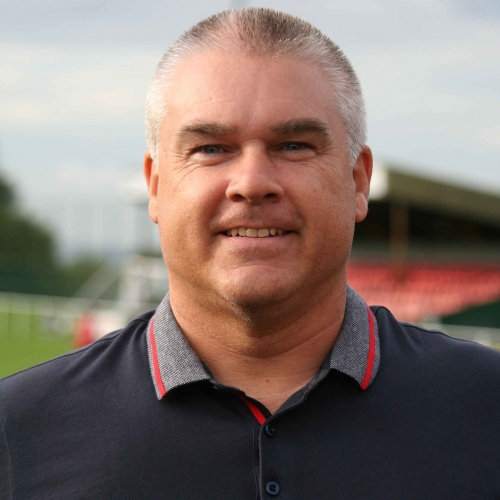 Peter Gunson has a very strong record in both managing and chairing businesses namely PPA Limited. The business has for the past 20 years been supplying the Aerospace and Automotive sectors, primarily Business Jets but also the Commercial and Military aerospace industries.

Peter also has a deep understanding of Buckley Town’s operations through his previous experience as manager of Hawarden Rangers Under 7s through to their Under 14s. Furthermore, he was also on their Executive committee. Latterly, he was an assistant manager at Buckley JFC for the Under 15s. As a parent, with a son playing football for Buckley Town FC, he has a strong empathy with our ethos, culture, and commitment to becoming one of the best community football clubs in North East Wales.

Throughout his time as a supporter of Buckley Town Football Club, he has come to admire the ever-growing strength of the football club in its ground improvements and its mission statement to be a community football club. He strongly endorses the common values shared throughout the committee and the management team and its consistent focus on putting community football first with a long term aim to integrate with Buckley Town Juniors and obtain the necessary license to progress into tier 2 and then tier 1 of Welsh football.