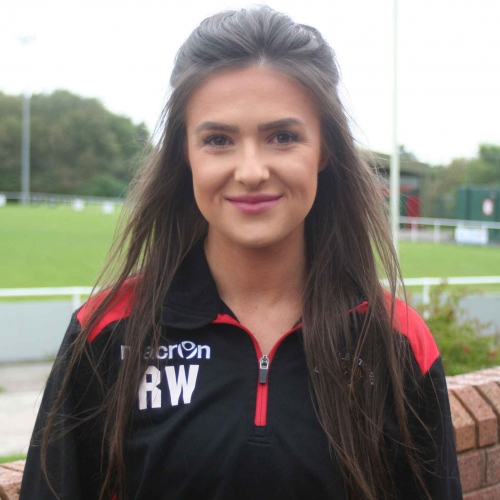 She has always had a strong passion for sport which is why she has always wanted to work in the sporting industry. She studied Sport specialising in performance and excellence at Deeside College, where she won Sport student of the year after achieving three distinctions. From there Rhian moved to Cardiff to study Sport Conditioning, Rehabilitation and Massage at Cardiff Metropolitan University where she secured her degree.

As an athlete specialising in the 300m/400m hurdles, she was unbeaten for 2 years in Wales as an Under-17 winning the three major Welsh titles – Welsh Schools, Welsh Inter Regionals and the Welsh Championships in 300m/400m hurdles which then lead to her selection for the Celtic Games, British Schools International and finally the UK School Games held at the 2012 London Olympic stadium where she ran a personal best and bagged herself a bronze medal.