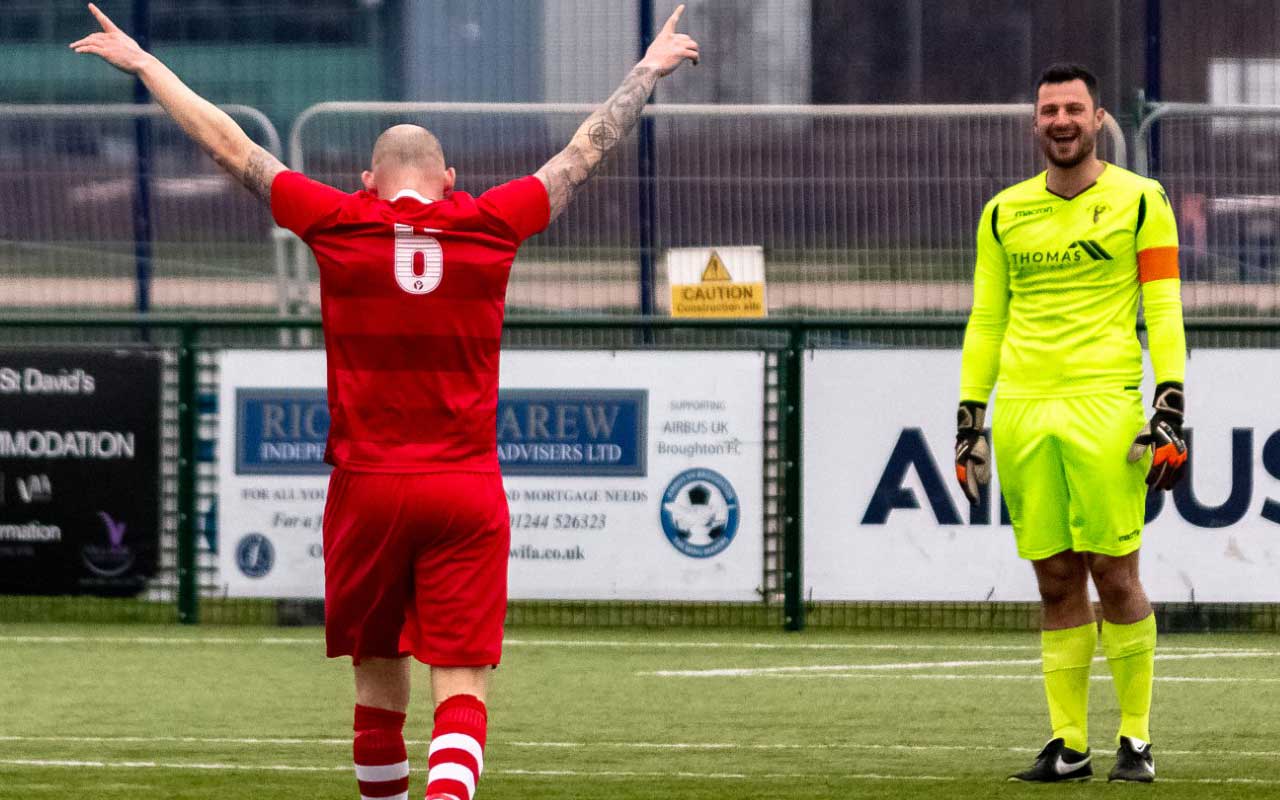 Kev Williams asks the questions in the latest of his series of Q&As with the most experienced member of our squad and home town lad Chris Roberts.

Q1. League winner, Cup winner and several European matches under your belt, but how does it feel being back home playing for Buckley Town?

Well, it’s my home town club so its a pleasure to play for Buckley Town, seeing the direction in which the club is going I feel there are exciting times ahead. There’s always a warm welcome from a very loyal set of fans which is always appreciated and I’m really enjoying it.

Q2. Looking back over your career it’s been a successful time, what memories stand out for you?

I’m lucky to have some great memories over the years with Welsh Premier League wins and Welsh Cup wins, but to make 16 European appearances and walk out onto the pitch in Champions League ties and Europa League ties have got to be the pinnacle, as they would for most footballers out there I’m sure.

Q3. Rhyl and Bangor are two of Welsh footballs biggest clubs, that must be an honour representing them two. Bangor fans even gave you a standing ovation as you where subbed when Buckley played there. How was it playing in the Welsh Premier and then in the Europa League? Let’s not forget dominating in some of the matches too.

They were both fantastic clubs with some great players and support at the time. The step up to European footy was much different from Welsh Prem as you can imagine. going from playing against decent Welsh Prem players to international footballers. But we always set out to compete and be in the tie for as long as possible and a few times it paid off.

Q4. Is there any standout players you played with or against that come to mind?

Played against Man U reserves a few years back which had Pogba, Lingard, etc but believe it or not I think Danny Drinkwater was the best player on the pitch that night. Ross Barkley and John Stones were very good when we played Everton in a friendly. Our very own Dylan Roberts stands out for me, goes about his business quietly but very efficiently and is a great prospect.

Q5. The Beckham-esk worldy you scored against Airbus. It has to be one of the best long-range goals seen in a long time. Was that your best goal?

I think it has to be one of my best, I was quite pleased with that and then Jake Robbo goes and smashes a worldy free kick in top bins making mine look standard.

Q6. What advice would you give to the youngsters playing the game today?

Be happy with your game and you’ll show your true potential. If you are happy you will be more committed to the cause. Enjoy it.

Both fantastic footballers but I think Messi just pips it for me. The consistency of the level he plays at is extraordinary.

Thanks for your support as always. The lads really appreciate every single one of you. UP THE BUCKS.