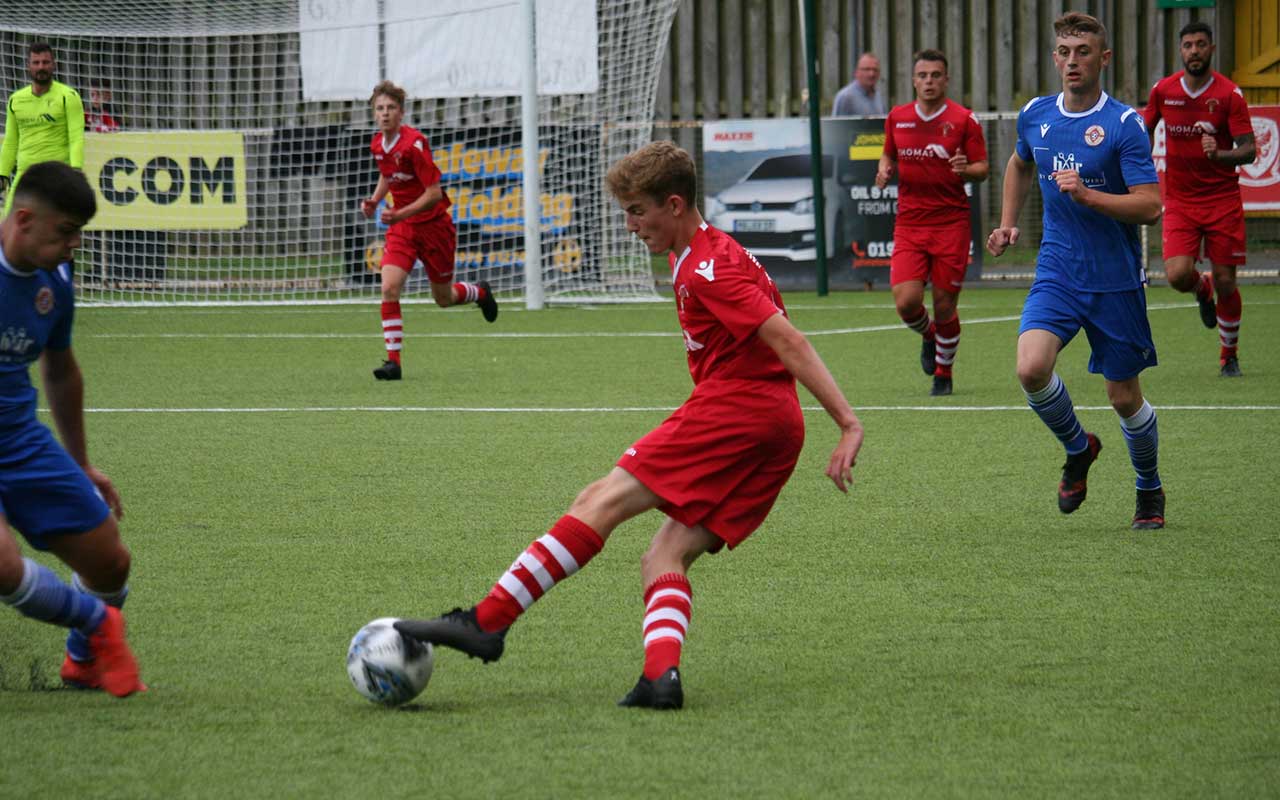 Young Taylor Morris scored his first for the club on an impressive outing at Cefn Albion. This was a significant showing for our young players tonight against Cefn Albion’s first-team, with four 16-year-olds and two 17-year-olds in our squad.

They all played their part against a good team in Cefn Albion. Good to see that we are providing our young players with the opportunity to play and develop.

The second goal was scored by another of our promising youngsters Tom Gunson.

With as many youngsters playing at Llay Miners Welfare on the night, this is good to see. Despite the result at Llay, there were a lot of positives to take from the game. We managed to get 90 minutes into 6 senior players and saw the debuts of Kyle Williams, Henry Jones, George Jones, and Ben Bartlett who enjoyed some good moments.

The performance of 16-year-old Alfie Jones was the particular highlight and we wouldn’t be surprised if the fans get to see him play competitively in the FAW Championship North this season.