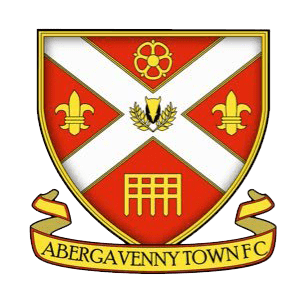 Abergavenny Town Football Club is a Welsh association football club based in the town of Abergavenny, Monmouthshire. The team plays in the Ardal Leagues South East, tier 3 of the Welsh football pyramid. They play at Pen-Y-Pound Stadium in Abergavenny.

The club was founded in June 2014 after local side Govilon changed their name, eleven months after the former club Abergavenny Thursdays folded, citing a lack of players as the reason.

The new club was entered into the 5th Tier of the Welsh football pyramid, the Gwent County League First Division for the 2014–15 season. They finished the season as champions of the division after going the entire league campaign unbeaten. This earned the club a place in Tier 4 of the Welsh Football League.

Success continued during the 2015/16 season as the club won promotion to the 3rd Tier, after finishing second in the league. The club also won the FAW trophy following a 1–0 victory over Sully Sports.

The 2016/17 saw Abergavenny finish 11th in the 3rd Tier of the Welsh football pyramid and the end of the season saw long-time servant and Manager Steve “Butch” Morgan leave the club after 20 years of involvement at Govillon and Abergavenny.

The club narrowly missed out on the promotion positions in 2018/19, finishing 5th, just 2 points below 3rd place Caerau (Ely) A.F.C. They remained in Tier 3 for the 3rd year running.

Abergavenny’s 2019/20 season in Tier 3 (the 2019-20 Welsh Football League Division One) was cut short by the Coronavirus pandemic. After the Football Association of Wales decided on a points per game basis to conclude the season, Abergavenny finished 13th. In June 2020 they were awarded a Tier 3 license by the FAW, as part of the FAW restructuring of the Welsh Leagues.