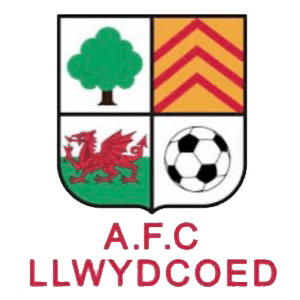 Llwydcoed Welfare AFC has been in existence since 1931 and has always been at the heart of the village community life. It was formed out of the mining community and has always played its full part in village life not only by encouraging and providing sporting opportunities but by organizing and supporting any event through raffles, jumble sales, and excursions, etc. We have always seen the need to provide and support any community activity to enhance people’s lives.

This approach has helped us become more successful than we could ever have imagined so much so that we are now at a stage where we have outgrown our facilities and desperately need to upgrade them. The Club was formed under the welfare name as was the ground we played in the Aberdare Valley League winning the championship on consecutive seasons 1953-1955.

Gradually we moved into the South Wales Amateur League and we remained in this league until the 1991-1992 season. After many poor seasons, the Club decided to move into the newly formed South Wales Senior League.

A new league, a new start, a new Secretary David Evans taking over then from Mr Ron James. A tireless worker the new Secretary had no idea what he had let himself in for only his own outstanding initiative work, drive and commitment plus a small Committee and a fantastic loyal wife saw Llwydcoed build a Club developing the ground, junior section, and bringing in the right type of management saw Llwydcoed boom from a Club in dire straits to a Club full of potential winning the South Wales Senior League, the Intermediate Cup, and the Welsh playoffs.

In particular, the 1998/1999 season was outstanding. The Welsh League arrived and Llwydcoed have driven themselves up the League thanks to the players, sponsors, supporters, committee, and management. With the arrival of the FAW League restructure for the 2020/21season, the Club had to find sponsors and grants worth £100,000.00 to meet the FAWs criteria just to stay at the Tier 3 level they were already at. A lot of hard work and commitment saw the Committee achieve these standards and were finally awarded with a place in the
newly created FAW Ardal South West Division for season 2020/21.