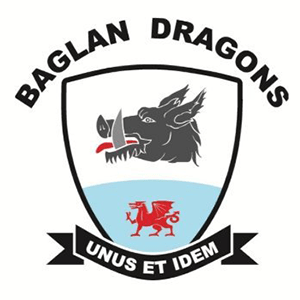 Baglan Dragons FC is a Welsh football team based in Baglan, Port Talbot, Wales. They play in the South Wales Alliance League Premier Division, which is in the fourth tier of the Welsh football league pyramid.

The club was formerly known as Red Dragon & Baglan and played in the South Wales Amateur League, and were Division Two champions in the 2002–03 season. In 2004 the club changed its name to Baglan Red Dragons and in 2009 changed to Baglan Dragons. The club was relegated from Division One at the end of the 2010–11 season but regained their place in Division One at the end of the following season after a third-place finish in Division Two.

In 2015–16 the club joined the South Wales Alliance League Division One in its inaugural season and obtained promotion in the first season, finishing as runners-up.