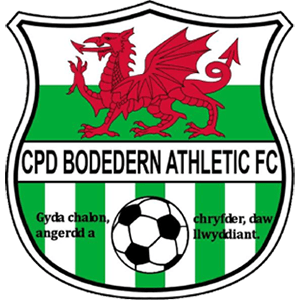 CPD Bodedern Athletic FC is a Welsh football team based in the village of Bodedern, Anglesey. They play in the North Wales Coast West Football League Premier Division.

The club was previously called Bodedern Football Club and was playing in the Cymru Alliance up to the 2006–07 season, but resigned from the league on 16 October 2007 due to a shortage of players. The club changed its name to Bodedern Athletic and took its reserves’ place in the Gwynedd League. In 2009–10 the club won promotion from the Gwynedd League as runners-up. The following season the club won back to back promotions finishing as runners up in the Welsh Alliance League Division 2.