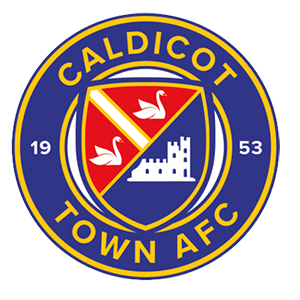 Caldicot Town AFC was founded in 1953. With voluntary help from the community, the necessary funds were raised and after much hard work two pitches were laid at King George V playing fields.

Initially, a green wooden hut was erected to serve as changing rooms with a small shower area. The club participated in the East Gwent League before forming a second team in 1963, taking their place in the East Gwent 2nd Division.

Throughout the ’60s the club was successful in winning both the East Gwent league division 1 and 2 along with cup success in the Watkins Shield, the Benevolent Cup, Gill Cup, and the Argus Shield.

In 1966 the senior side joined the Monmouthshire Senior League Division, now known as the Gwent County League.

During the late ’70s and early ’80s, the club won the Gwent Senior League Division 1, on two occasions, as well as winning the Senior Cup (more recently in 2007/08 & 2012/13 seasons) and Amateur Cup. In December 1975 the original Clubhouse was built in Jubilee Way. This incorporated a small bar, a lounge, changing rooms, and shower facilities. Since then the clubhouse has been modified and upgraded and now boasts four players changing rooms, a referees room, shower and toilet facilities, a large function room, a new lounge, and outside patio areas complete with bench seats.

1979 saw the formation of Caldicot Town Junior Section. This gave local boys the opportunity to play competitive football at both the Local and County levels. It is also a source of future players for the senior teams. In 1986 the club achieved its ambition of election into the Welsh Football League. A lot of hard work by many people had to be done to achieve this goal. The ground had to be enclosed with a high perimeter fence and a barrier had to put up around the pitch. Also, the changing facilities had to reach the high standards set by the League.

In the early ’90s, continuous ground improvements saw floodlights erected as well as a covered stand. In more recent times, the club has added seats to its original stand before adding a brand new stand in 2017 to bring the Jubilee Way ground up to the required 250 covered seating criteria.

The club enjoyed 34 continuous seasons playing in the Welsh League which was known as the feeder pyramid in the South of Wales, to the Welsh Premier League. This sadly ended at the end of 2019/20 with the season cut short due to Covid-19.

For season 2020/21 Caldicot finds themselves in a brand new pyramid system run by the FAW. Caldicot sits in Tier 3 which will be known as the “Ardal Southern League East”. The Reserves team will play within this structure whilst the Third Team will maintain it’s place in the East Gwent division.

Caldicot is a community club where inclusion and diversity are key to our principles. Apart from Senior Men’s, Youth, and Junior teams, Caldicot also has a successful Ladies team that has grown from strength to strength in the past few years and will be competing in the Welsh Women League for the 2020/21 season.