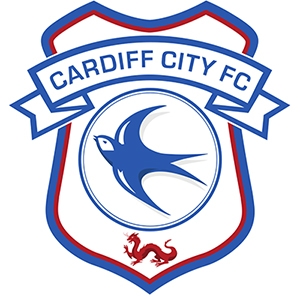 Cardiff City Football Club is a professional association football club based in Cardiff, Wales. It competes in the Championship, the second tier of the English football league system. Founded in 1899 as Riverside A.F.C., the club changed its name to Cardiff City in 1908 and entered the Southern Football League in 1910 before joining the English Football League in 1920. The team has spent 17 seasons in the top tier of English football, the longest period being between 1921 and 1929. Their most recent season in the top flight was the 2018–19 Premier League season.

With the exception of a short period this century, the team has played in home colours of blue and white since 1908, from which their nickname “The Bluebirds” derives. Cardiff’s first permanent ground was Ninian Park, which opened in 1910; it remained in use for 99 years until the club moved into the Cardiff City Stadium in 2009. Cardiff has long-standing rivalries with nearby clubs Swansea City, with whom they contest the South Wales derby, and Bristol City, with whom they contest the Severnside derby. The club’s record appearance holder is Billy Hardy, who made 590 appearances in a 20-year playing spell with Cardiff, and their record goalscorer is Len Davies with 179 goals.