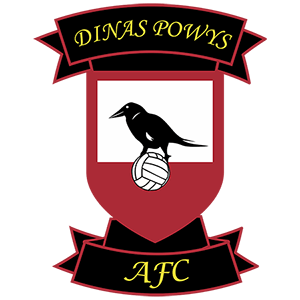 The village of Dinas Powys is situated within the Vale of Glamorgan, four miles west of Cardiff, and is regarded as providing a home for professional commuters. Dinas Powys Football Club is an integral part of village life and has established a close connection for the past thirty years through our junior, senior, and more recent ladies section. The junior section provides organized football for boys and girls through qualified coaches/managers trained to a minimum FAW Leaders level, for over 300 children from ages six to seventeen, fielding twenty-six teams every Saturday morning and junior girl’s teams on Sunday morning in the newly established Vale League. As a responsible organization within the community we have in conjunction with the Vale of Glamorgan, trained and appointed a Child Protection Officer WHO’S duties will involve understanding the needs of players, parents, and coaches. As part of our goal of quality and excellence in sport, we have also embarked on a nationally recognized grading accreditation in excellence and are currently at the Silver level.

The ladies section consists of one senior team who HAS now embarked on their third competitive season in the South Wales Women’s League. The ladies section has established them as an integral part of the club structure and has become a welcome addition to the club.

The senior section is currently made up of five teams; the youth team who play in the Welsh League Youth Division East and are the lifeblood of the club and as so are encouraged and afforded opportunities to progress through the senior ranks; Two senior teams, all of whom gain regular success in both league and cup competition throughout South Wales and finally the Veterans team who are made up of ex-players and club members wishing to have a regular game of competitive football.

The flagship of the club, the first team, has gained unparalleled success over the last few years winning the first division title of The South Wales Amateur League over three consecutive seasons, a feat which has never before been achieved in the long history of that league. In 1998 the first team won the FA of Wales Carlsberg Amateur Trophy, which is a very prestigious trophy with teams from all over Wales competing. As a result of this success, the club has been profiled on Channel Four Wales sports program ‘Goal’ and was voted the village club of the year in Football Magazine 1998.

In 2000 the club secured Welsh League status after winning a playoff, against the winner of the South Wales Senior League. This gave the club the opportunity to play in the higher-profile Welsh League, and compete in the Welsh Cup against teams of the standard of Bangor City and Barry Town who have subsequently gone on to play in European Cup football.

Our first season at this level saw the first team finishing in sixth place in the first division and although the subsequent season was not so successful.

In 2007-08 the Club achieved its highest ever position in Welsh Football by finishing 2nd in Division One; just a whisker away from gaining the Title. In the 2009-10 season, the club was relegated to Welsh League Division Two, the only step back in more than ten years.

The club presently plays in the Ardal Leagues South West.