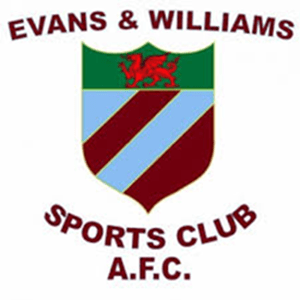 Evans & Williams Sports AFC was formed in the late 1950s by workers from the Evans and Williams Wagon Works. They are nicknamed “Albies” after Albie Evans who owned the works. They played their first competitive fixture on Saturday 20 August 1960 against Trostre Steel Works on Penygaer Fields, a match they won 4-2.

The club’s first honours came in 1962–63 season when the club became the Carmarthenshire League Division Two champions. In the 1969–70 season, they became the champions of the Carmarthenshire League Division 1 and also won J Stephens Cup, achieving the club’s first league and cup double. Further honours came in 1972 when they won the Darch Cup and the Challenge Cup.

The 2014–15 season saw the club’s greatest success as they secured their first-ever Carmarthenshire League Premier Division honours. On their way to the title, the team scored 90 goals. They scored in every one of the 22 fixtures. A loss to rivals Loughor on 31 January left the club needing to win all 11 of their remaining fixtures. They achieved this scoring 59 goals and conceding only 11.

For the 2020–21 season, the club joined the inaugural season of the West Wales Premier League, the new tier 4 league run by the West Wales Football Association.