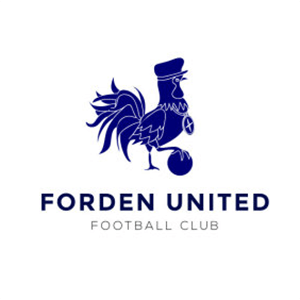 The original Forden United FC folded in 2008, after 58 years in existence, due to a lack of players but reformed. They had previously been champions of the Montgomeryshire League Division Two in 1984, 1998 & 2002 and the new incarnation of the club also started this season off in Division Two.

They now play in the Mid Wales Football League East Division, the fourth tier of the Welsh Football pyramid