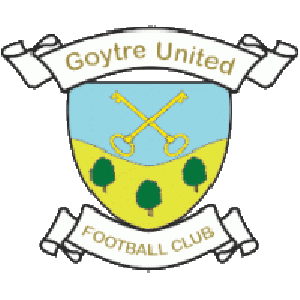 In the spring of 1963 what funds the club had was handed to football secretary Boris Suhanski. Utilising these funds Goytre United Football Club was reborn. The Club were members of the Port Talbot and District Football League but were promoted to the South Wales Amateur League in the late sixties. After a successful opening spell, things became more difficult and the Club was eventually relegated back into the Port Talbot League in the late seventies.

In 1982 the Goytre United AFC Social Club opened its doors.

A period of ten years passed when the club competed in the Port Talbot and District League, during this time the Club grew in stature on and off the field and in 1988 was re-elected back into the South Wales Amateur League. In the 1989–90 season, the Club secured promotion into the First Division of the South Wales Amateur League. Also in this year a 350, all seating grandstand was built.

In the 1990–91 season, the club were promoted into the Welsh Football League and on 24 August 1991 played their first match against Milford United. Since elevation into the Welsh League steady improvements have been made both on and off the pitch and in 2000 floodlights were erected. In the 2003–2004 season, the Club attained its highest position within the League when it ended the season in the runners up spot in division one and just missed out on promotion to the Welsh Premier League.

In the 2006–07 season, the reserve team won the Welsh League Reserve West Division for the first time in the club’s history, guided by former team player/manager Paul Wiseman.

In 2007–08 they won the Welsh Football League again, but once more they declined to apply for promotion to the Welsh Premier League.

The following year the same situation occurred with Goytre winning the Welsh Football League for a third time, but were still denied promotion.