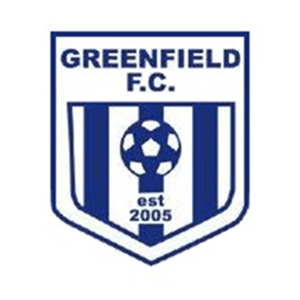 Greenfield FC is a football club representing the Flintshire village of Greenfield in Wales. They play their home games at The Old Courtaulds Pitch, located by the A548 road at Greenfield.

Until the 80’s Greenfield was a key industrial centre in N.E. Wales and N.W. England. The industrial giant Courtaulds was the major employer in the area, and the Courtauld’s Greenfield football team one of the major clubs. The club disappeared when the factory closed down.

Now reformed, the name Greenfield FC sits once more among the famous old names of Welsh football. Not only are supporter numbers growing, but those supporters are starting to travel from further afield than Greenfield to watch the team play.