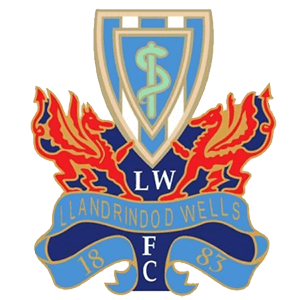 On 24 April 2010, Llandrindod won the Emrys Morgan Cup by beating Montgomery 1–0. After enjoying a good 2010–2011 season, the first team finished runners up in the Mid Wales League South, ending a point behind Builth Wells, and were promoted to the Spar Mid League 2nd Division, at the time a newly created league.

In the 2012–2013 season, Llandrindod firsts played their second season in the Spar Mid Wales League Division 2. After a very good start, going undefeated in the first 10 games, the side fell away after Christmas but finished the season as runners up to winners Llanfair United. Both clubs were promoted to the Spar League Division One for the 2013–14 season.

In the season 2013–14 the Llandrindod First team won a staggering 16 games out of 16 in their inaugural season in the Spar Mid Wales League Division 1. This included an opening day 8–1 away win at local rivals Builth Wells and a further win away at Montgomery 13–0. The team went on to maintain their form enough over the season to win the Spar Mid Wales League Division One at their first attempt. The team remained undefeated at home in the league, only dropping 2 points. The season culminated in a must-win last day victory over Montgomery Town. The 3–1 scoreline secured the league and in the process took the team to 101 goals in just 28 games, whilst also conceding the fewest goals. Remarkably, the runners up were fellow promoted club Llanfair United. Over the season, some 20 players featured in the team. Injuries and absences took their toll after Christmas but the whole squad and strength in depth ensured that the team deservedly triumphed and won the league for the first time in 47 years. Of the whole squad, at least 15 players had played at junior and youth level for the club.

The club currently plays in the Ardal Leagues South East, tier 3 of the Welsh football pyramid.