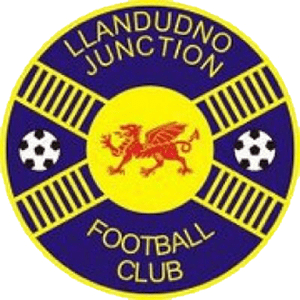 Llandudno Junction FC was founded as Hotpoint FC in 1975, playing in the Old Colwyn and District Sunday League.

In the 2008–09 season, the club won the Barritt Cup and had in their squad future Wolves striker Jake Cassidy.

In 2017, Junction was promoted to the Cymru Alliance, the highest level they had ever played at. However, they lasted only one season in the league before being relegated.

In 2018-19 they were again relegated, having finished bottom of Division 1 of the Welsh Alliance League.