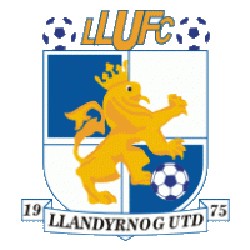 Llandyrnog United FC is a football team from North Wales that was founded in 1975 in Llandyrnog, near Denbigh. Llandyrnog played in the Welsh Alliance League which was the third level of Welsh football prior to the restructuring of the pyramid in 2020.

The club was formed after a few villagers met in the Golden Lion Public House. The Golden Lion on the club crest is in recognition of this.

They were admitted into the Clwyd League Division 4 gaining promotion at the first attempt. Llandyrnog remained in Division 2/3 until the end of 1978/79 when they were promoted as runners up.

The club spent over a decade in Division 1 until 1990/91 when they gained promotion to the Premier Division. Llandyrnog were crowned champions at their first attempt and promoted to the Sealink Welsh Alliance.

After a lengthy spell in this league, Llandyrnog was relegated back to the Clwyd League Premier Division where they stayed till 2002/03 until manager John James was appointed and the club gained promotion back to the Welsh Alliance. Only one season was spent in this league and the Club gained back-to-back promotions into the Cymru Alliance for the first time in their history.

They stayed in the Cymru Alliance until the end of the 2008–09 season where they finished bottom of the table 20 points from safety.