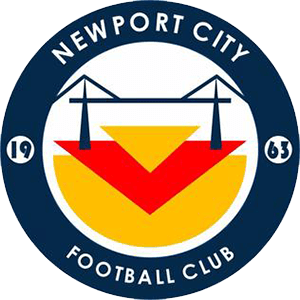 The club then moved up to the Gwent Premier League and won it in 1970-1 and again in 1971-2, before being elected to the Welsh Football League for the 1972-3 season, where it has been ever since.

The club spent most of the next twenty seasons in the middle division of the league until 1988 when the name was changed to Llanwern AFC to reflect the change of name of the steelworks on whose ground they played. This change coincided with a change in the club’s fortunes and they gained promotion to the top division in 1992-3.

The club spent a number of years between the top two divisions and in 2002 they won the Welsh League Cup.

League re-organisation led to the club dropping to Division Three in 2010-11 and two mediocre seasons followed before new manager Gareth Morgan organised a revival, leading to promotion back to Division Two for the 2014-5 season.

In 2016 the club once again re-branded itself to Newport City FC. It is hoped that this will help to attract a greater interest in the club from across the city. With the departure of key players and a new committee in place for the beginning of the 2016/17 season, the club is seeking to lay foundations for future progress.