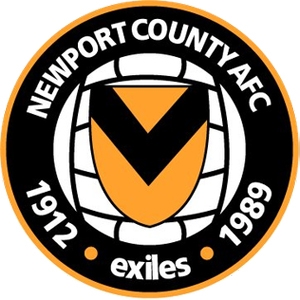 Formed in 1912, the club began life in the Southern League before being invited to become founder members of the Football League Third Division in 1920. They failed re-election in 1931 but were elected back into the Football League the next year. They struggled for the next few seasons but went on to be crowned Third Division South champions in 1938–39. World War II meant they had to wait until the 1946–47 season to take their place in the Second Division, though they were relegated at the end of the campaign. They were relegated out of the Third Division in 1962. In the 1979–80 season, under manager Len Ashurst, they secured promotion out of the Fourth Division and won the Welsh Cup for the first time. They reached the quarter-finals of the UEFA Cup Winner’s Cup the next year. In the 1980s they suffered financial difficulties with a double relegation costing them their Football League place in 1988 and the club went out of business in February 1989.

The club reformed but was initially unable to play at their home ground at Somerton Park, so picked up the nickname of the “Exiles”. They immediately won the Hellenic League in 1989–90 and were promoted out of the Southern League Midland Division in 1994–95. While playing at Newport Stadium, they were relegated from the Premier Division in 1997, before winning promotion out of the Midland Division again in 1998–99. Placed in the Conference South in 2004, they went on to be crowned champions in 2009–10 and after moving to Rodney Parade in 2012, they returned to the Football League following a 25-year absence after winning the Conference National play-off final in 2013 under manager Justin Edinburgh.