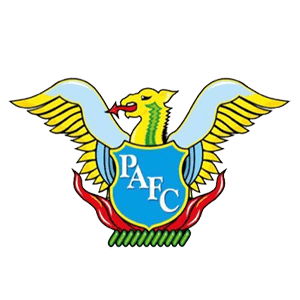 Panteg AFC is a Welsh football club located in Griffithstown, Pontypool, Torfaen, South Wales. The club was founded in 1935 and currently runs two senior teams and one youth team at its home ground, Panteg House Sportsgrounds.

They formed in 1935 under the name Baldwins Panteg (which became RTB Panteg in 1947 following the war), then Panteg in 1969 as a team representing the local Richard Thomas and Baldwin Steelworks (previously Baldwin Steelworks), playing home games at the RTB Sportsground, but in 1981 the grounds were sold to make way for major road development. The club then relocated half a mile away to Panteg House Club & Sportsgrounds, where they’ve been ever since, although the team did relocate to Ty Isaf Park in Risca whilst their home ground was upgraded.

The team played in the Gwent County League from 1999–2000 season, following relegation from The Welsh League was promoted back into Welsh League following the 2013–14 season. The club now plays in the Ardal Leagues South East, tier 3 of the Welsh football pyramid.