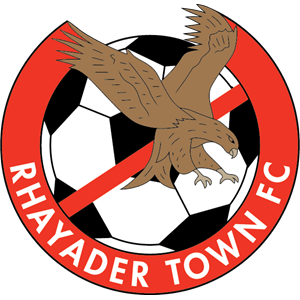 Rhayader Town FC dates from around 1884. The club spent five years in the top flight of Welsh football, the League of Wales, with the best finish of 12th, before being relegated in 2002. Rhayader Town then folded in July 2006 and resigned from the Spar Mid Wales League.

A new Rhayader club formed in 2007 played in the Watson Associates League (South) for the 2007–08 season. Playing again in Mid Wales League in 2008–09 after gaining promotion from Mid Wales South Division 1, the team managed to finish an impressive 6th in the league with 55 points on the board. The 2009–10 season saw the side promoted into the Cymru Alliance and only one step away from the top flight. The season also saw the rebirth of a reserve squad who are currently playing in the Mid Wales League South division.

The first team was promoted to the Cymru Alliance that season but lasted just till the 2010–11 season before being relegated. They bounced back however and in 2012–13 they took their place back in the Cymru Alliance.

The club was relegated from the Cymru Alliance in 2015 and in 2017 gained promotion back to the league. However, citing the difficulties of obtaining enough players to travel distances to matches, the club resigned from the league in July 2017 before the 2017–18 season commenced.

Their ground is called Y Weirglodd and accommodates 435 seated spectators.