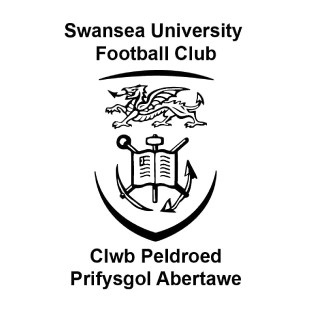 Swansea University has a Welsh League heritage dating back to the 1960s when under its previous guise as the University College Swansea played at the highest level of Welsh football for nearly 2 decades.

The University first entered the Welsh League in the 1966/67 season and incredibly won Division 2 in our first season, sealing promotion to Division 1 at the first time of asking. At that time there were also 3 divisions, the Premier Division, Division 1, and Division 2.

The students of Swansea continued to impress in the 1967/68 season by finishing runners up in Division 1 to seal promotion to the Premier Division in just 2 seasons – a meteoric rise in similar fashion to the modern-day Swansea University team.

Unfortunately, the club’s stay in the Welsh League Premier Division was short-lived, and they were relegated at the end of the 68/69 season but bounced back the following season as Champions of Division 1. Following another relegation in 1971/72, Swansea University stabilised in Division 1 until 1978, when they suffered a drop into Division 2.

The club competed in the third tier of the Welsh League until 1985 when sadly it fell out of the league-leading to a 32-year exodus which ended in 2017 with the return of the University to higher levels of the Welsh football pyramid.

The Swansea University team of yesteryear prospered and offered a platform for Swansea students to enjoy a high level of football whilst studying in South West Wales. These guiding principles underpinned the resurrection of league football at Swansea University in 2011. Team Swansea was started by a group of forward-looking students, but not even the founding members could have predicted the second meteoric rise of the University team which has seen it return to the Welsh League.

Only in its 6th season, the club is still in its infancy but has had its fair share of silverware in that time. 3 promotions, 2 Gwalia cups, 1 Senior Cup, and an unforgettable 10-0 win in the final of the West Wales Cup in 2015. The pinnacle of the club’s achievement was sealing the Swansea League championship and West Wales Cup double in May 2017. Swansea University secured the historic return to the Welsh League in a winner takes all Welsh League playoff against Neath League champions Cwm Wanderers. The All whites ran out 6-0 winners on the day to cap a fantastic season.

The first season back in the Welsh League in the 17/18 campaign was a stunning success. Promotion to Division 2 was sealed with 3 games to spare as the University clinched the Welsh League Division 3 title with an emphatic 4-0 win away at Caerau FC in Maesteg. To cap off a fine season of football, the club not only won the title by playing some remarkable football, but they also claimed the WL Division 3 FAW Fair Play Award, proving that it is possible to win with style, grace, and outstanding discipline.