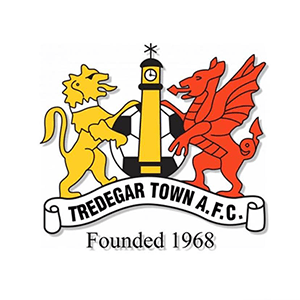 Tredegar Town FC was formed over 40 years ago in 1968 by its present life president Cliff Bethel to provide recreation for those young men who preferred playing association football to Rugby Union, the team was originally known as the Rhyd Boys Club and was known throughout Wales for sending players to represent Wales at schoolboy and Boys Club of Wales level.

In 1983 the team changed to Tredegar Town AFC and moved on to senior-level football initially plying their trade in the North Gwent Division One League rising to a Premier Division place in the 1980s.

After one season they finished runners-up in the league and gained promotion to Welsh Football League Division Two in 2000–01. In August 2004 Tredegar moved from the Recreation Ground to a purpose-built ground at Tredegar Leisure Centre. Lights were added with the help of funding from the Welsh League and the local council. They remained in Welsh Football League Division Two until they were relegated at the end of the 2009–10 season.