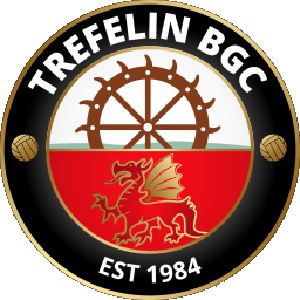 Trefelin BGC was founded in 1984. Initially, they played their matches in the local park (The Plough) however they later moved to their current home of Ynys Park near Port Talbot following local fundraising efforts. In 2000, Trefelin BGC won the FAW Trophy by winning in the final 6–2 against Bryntirion Athletic F.C. In 2007 they were promoted as champions of the South Wales Amateur League Second Division and following their first season in the First Division, Trefelin BGC finished the season as runners-up to eventual champions and former Welsh League team AFC Porth. In 2014, Trefelin BGC won promotion from the South Wales Amateur League First Division with at least a fourteen-game unbeaten run. In the same year, they won the W John Owen Cup by defeating AFC Bargoed. In the 2015–16 season, Trefelin won promotion to the Welsh Football League after winning the newly formed South Wales Alliance League.

The club were champions of the Welsh Football League Division One at the end of the 2019–20 season, remaining unbeaten in the league during a season curtailed by the Coronavirus pandemic. They were promoted to the second tier of the Welsh football pyramid in June 2020, joining the Cymru South for the 2020–21 season.