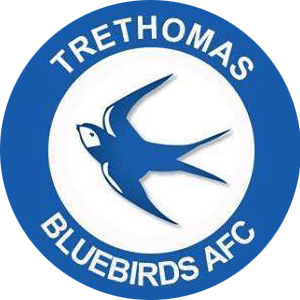 Trethomas Bluebirds AFC was formed in 1903 as Trethomas Football Club. The pitch was bought by the miners who worked at the mine and coke works of Bedwas & Trethomas. The name Bluebirds came from one of the founders who was a Cardiff City supporter.

The club is based in the village Trethomas in the Caerphilly County Borough and currently plays in the Ardal Leagues South East, the third tier of the Welsh football pyramid.