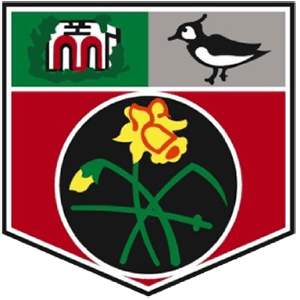 Undy A.F.C. was formed in 1947 by Mr Joe Champion, Mr Lambert Bird, Mr Harry Hodges and others. The changing facilities were in Undy Church Hall, using a tin bath for washing. Back the club colours were black and white.

Unfortunately in 1962 the club was disbanded, due to lack of support. During the period between 1947 and 1962 the Argus Shield was won three times.

1970 saw the reformation of the club, the driving force behind this, amongst others, were Mr. John King, Mr. Percy Pope, Mr Malcolm Pope, our president Mr. J.Smith, and the tote organiser Mr. Bob Scrivens, the tote keeping the club on a firm financial setting for more than 10 years. Our junior section was led by Mr. Bernard Smith, Mr. Alf Little and others.

From 1970 to 1981 Undy Football Club operated without any team managers, a selection committee picked the teams every week. The first manager taken on by the club, in 1981, was Mr. Dave Segal. New changing facilities were built on the playing fields in 1974, making the tin bath at the church hall redundant.

In 1992, the football club poured its first pint of beer in its new clubhouse, by obtaining its licence to sell alcohol. 1996 saw the project to extend the clubhouse, providing us with new changing facilities, and more recently in 2005 the development of our new pitch. Our colours changed during this period to the Red that the whole club wears today.

Honours achieved by the club since being reformed include several East Gwent titles, including the Argus shield again. Having gained entry to the Gwent Count League, the Gwent County Motors Cup was won in 2004, and with a continual improvement of our first team, we became an established Gwent County Division one side and, with our excellent facilities, we began setting our sights on a place in the Welsh League. During this period our managers included Alan Lancaster, Wayne Jones and John Watkins. Also at this time, the club established itself as a major force in youth football, boasting one of the largest junior sections in South Wales and hosting widely acclaimed tournaments.

Finally, in season 2010/2011, under the management team of Mark Crook and Jason Davies, we finally fulfilled our ambition by being crowned Division one Champions and gaining promotion into the Welsh Football League. Our time in The Welsh League has been a successful one, with us winning the Third Division in our first season, and gaining promotion to Division two. Over the next three seasons, still under the guidance of Mark Crook, we came agonisingly close to gaining a further promotion, missing out by a single point in successive seasons.

However, in 2015/16, now under the management of Laurence Owen, with Mark Crook as Director of football, we achieved our objective, and gained promotion to the top tier of Welsh League football. Two excellent mid table finishes in the following seasons, under Laurence’s management, see us start the 2018/19 season as an established first division side.

Laurence Owen retired from football management at the end of 2017/18 and the Club have appointed Jason Pritchard to take them forward. A new pitch and stand are now in place for the 2018/19 season, a major investment that shows the club is still trying to improve off the pitch as well as on it.