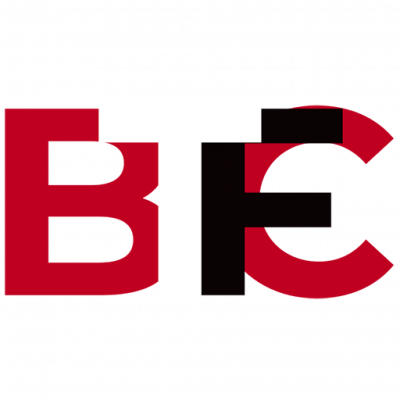 Buckley Town is an old established football centre in North Wales. The game was first introduced in Buckley in around 1860. There were very few organisations, and lack of funds meant that the game was played in a basic way. An early player named Sarbat recalls playing football with his friends on the common in Buckley, using coats for goal posts, because the Lord of the Manor had forbidden the use of permanent wooden posts on the land. He recalls the day when he and his friends were presented with a real, full sized, brand new football, from a vicar in the area.

With the new ball, they regarded themselves as a real team, and established themselves as a football club, playing under the name of Belmont Swifts Football Club. This formed the heart of what would later become Buckley Victoria Football Club, the first organised team in the town. The team had their own pitch at Mill Lane, and soon played home and away matches against teams such as Mold Athletic, Wrexham Victoria, and Rhyl Athletic.

Buckley Victoria were superseded by the Buckley Engineers, who carried on the ‘Vics’ winning ways. The amateurs’ most famous team consisted of ten colliers and a plumber. They picked up a huge amount of silverware in their playing days, including the Welsh Amateur Cup which they won on 3 occasions. In 1887 Buckley Town football club was formed, and it wasn’t long before they had a taste of success. They went on to win the Wirral & District League in 1898 and picked up the Pike Challenge Cup in the same year. Buckley Town continued to play right up to the 1920’s, and in 1925 joined the Welsh League, North Division. In 1937 they went on to win the North Wales amateur cup.

During the 1930’s it seemed that Buckley Town Football Club and other organised football teams in Buckley fell apart and no longer continued to be successful in competitions. Then, in 1937 Buckley Town A.F.C won the North Wales Amateur Cup. In 1949 Buckley Wanderers and Buckley Rovers were the only two teams playing competitive football in Buckley. Buckley Rovers struggled in the lower division of the Welsh Leagues, while Buckley Wanderers joined the Welsh National League Division One. In their first season, Buckley Wanderers finished runners-up behind Chirk AAA, and again in the 1953-54 season finished runners-up to Overton St Mary’s. Then in the 1955-56 season, Buckley Wanderers scored over one hundred goals to clinch the League title.

During the 1960-61 season, Buckley Rovers joined Buckley Wanderers in the Welsh League Division One. With two teams firmly established in top-flight Welsh football, Buckley once again was revelling in the ‘Glory days’. Buckley Wanderers finished runners-up for the third time in their history, with Chirk AAA finishing just two points ahead of them. ‘Rovers’ struggled in their first season in top-flight football, finishing ninth in the league. Then in the 63-64 season, Buckley Rovers were relegated, only to come straight back up the following season.

From 1974 Buckley Rovers then became the better of the two sides, with a runners-up finish and a third-place finish.

The 1976-77 season saw both teams finish in the bottom half of the table. This was the end of both teams, and in 1977 an agreement was made for both teams to join and play under the name of Buckley Town Football Club, which is the club we know to this day.

The club has gone from strength to strength since they moved to a new facility at the Globe which has progressively been built up. Since the Millennium, the club has had its most successful period to date. They have won the NEW Challenge Cup five times, the Cymru Alliance League Cup once in 2003-04, and in the League the club finished 3rd in 2002-03, 2nd in 2003-04, finally becoming Champions in 2004-05

2016-17 saw them finish bottom of the Huws Gray Alliance and relegated to Welsh National League’s Premier Division for 2017-18. The club stayed mid-table for the early half of the season due to cup commitments and the exceptionally bad weather meaning fewer games were played than should have been. With fixtures stacked into April & May, they went toe to toe with Brickfield Rangers finally taking the last point needed in the last game of the season in almost the final minute against in front of a crowd of 604 at the Globe to take the league title and win promotion back to the second tier at the first time of asking.